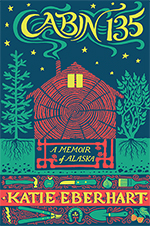 University of Alaska Press and Fireside Books (Palmer, Alaska) sponsored a reading and discussion of my book, Cabin 135, A Memoir of Alaska. Due to the pandemic, the March 19, 2021 event occurred as a Zoom Webinar with an audience scattered across the U.S. — east coast to west coast, Alaska and Hawaii.

University of Alaska Press has shared the recording of this event and I have posted it on my YouTube channel and my Facebook Writer page. The recording lasts one hour. After the introductions, I read from several sections of Cabin 135. The second half of the event comprised a discussion of Cabin 135 with Peggy Shumaker, UA Press, Alaska Series Editor, as well as addressing questions from the audience.

Like Loading...
Hi everyone!
University of Alaska Press and Fireside Books in Palmer, Alaska will be hosting an event on March 19 for my book “Cabin 135, A Memoir of Alaska.” This live event will include a book reading, discussion with Alaska Literary Series editor Peggy Shumaker, and Q&A.
Please consider attending! 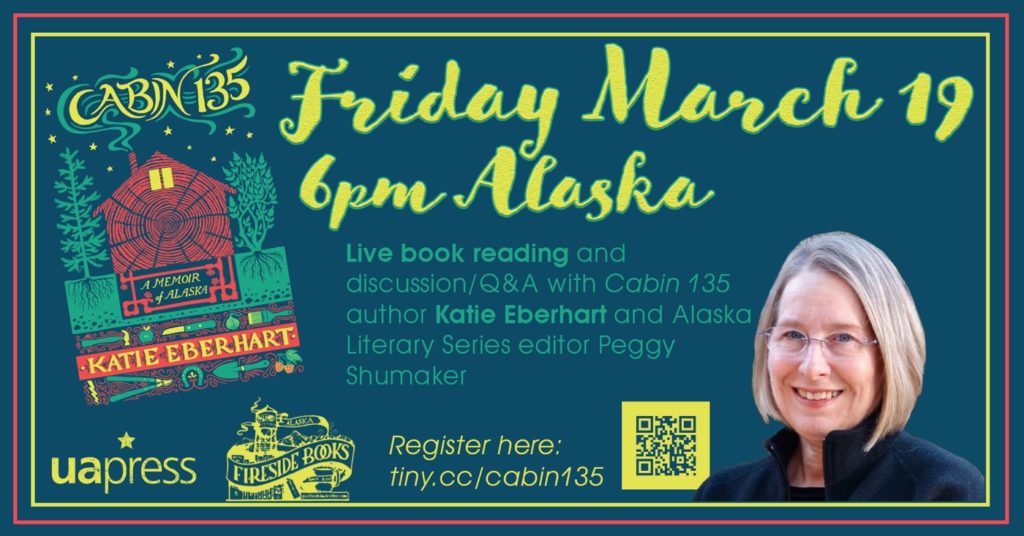 Cabin 135, A Memoir of Alaska  by Katie Eberhart was published December 15, 2020 by University of Alaska Press as part of the Alaska Literary Series.

Cabin 135, A Memoir of Alaska can be purchased at independent booksellers like Fireside Books in Palmer, Alaska, Title Wave Books in Anchorage, Alaska, and Roundabout Books in Bend, Oregon—or the University of Chicago Press. Cabin 135 is also available through Amazon and Barnes and Noble.

On my Nature & Literature blog, there’s a new post, Book versus Blog, where I consider the long process of writing Cabin 135, including a dive into the archives.

Book versus Blog references two older Nature & Literature posts: Procrastinations, Deletions, and Questions of Intent (2013) and Where Did the Last Year Go? (2016).

Cabin 135, A Memoir of Alaska was published in December 2020 by University of Alaska Press as part of the Alaska Literary Series. Cabin 135 can be purchased at independent booksellers like Fireside Books in Palmer, Alaska and Roundabout Books in Bend, Oregon or ordered from Amazon, Barnes and Noble, and the University of Chicago Press.

Cabin 135, A Memoir of Alaska was published last month (December 2020) by University of Alaska Press as part of the Alaska Literary Series. Since then, I have been checking with friends who pre-ordered copies from various outlets. My friends report that they have purchased copies of Cabin 135 from Fireside Books in Palmer, Alaska, Roundabout Books in Bend, Oregon, and through the University of Chicago website. I heard today that Title Wave Books in Anchorage, Alaska has Cabin 135 in stock and Pearl Street Bookstore in Ellensburg, Washington has ordered some.

Amazon and Barnes & Noble currently only show e-book editions of Cabin 135 on their websites but please be assured that Cabin 135 is in print and can be purchased now through independent booksellers or the University of Chicago Press website.

Foreword Reviews has posted a review of Cabin 135:

“Cabin 135 is Katie Eberhart’s contemplative account of several decades in Alaska, through which she both reflects on the past and on environmental changes that could impact the future….” (Read more at Foreword Reviews.)

The publishing date for Cabin 135, A Memoir of Alaska is set for December 15, 2020. Pre-ordering is available through most independent bookstores as well as Internet-based booksellers. (More info.)

My book Cabin 135, A Memoir of Alaska is now available for pre-order through many (or most) book stores, including independent and neighborhood booksellers and large Internet-based sellers.

Here’s a sampling of pre-order links for Cabin 135: 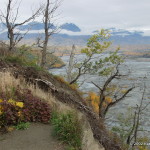 Abandoning Chronology, was posted April 23, 2014 at 49 Writers. In this mini-essay, I explore some effects and possibilities of wind, both real and imagined. 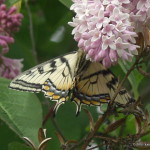 The second and third installments of my April guest blogs have been posted at 49 Writers.

Digressive Travel (4/9/2014) includes musings on travel and metaphors, and will transport you (briefly!) to the MacKenzie River in the Canadian Arctic and the Matanuska River channel in south-central Alaska.

In Common Life (4/16/2014), I consider the question “what triggers ideas for writing?” and traipse across some of my writing terrain, from Tiger Swallowtail butterflies, lilac blooms, and picking tomatoes to moose and icy roads.

Of course, common life is what we notice and experience every day. Or is it? 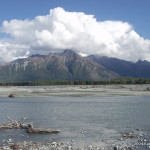