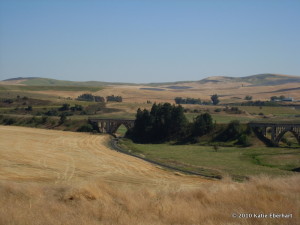 The Palouse near Rosalia, Washington

What is it like to travel through the Palouse in far-eastern Washington state? In late summer the wheat-growing landscape has a particular grand tableau ambiance.

The Word Is Field, from my Palouse collection, appeared 5/6/2014 as the featured poem on The Daily Dose of Lit blog.